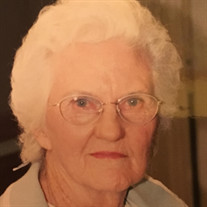 Alberta J. Allen Liberty, SC Alberta J. Allen was born June 17, 1930 on a ranch in Gunnison, Colorado to James and Marion Partch. Mrs. Alberta grew up and attended the local schools. After high school Alberta attended some college courses at Western State College in Gunnison, Colorado and continued college courses at the College of the Redwoods in California. Mrs. Alberta is survived by three daughters; Colleen Masters of Laguna, California, Rona (Peter) Baab of Liberty, Bobbie (Danny) Sheffield of Long Beach, California, as well as a son, Ron (Jenny) Allen of Pasadena, Maryland, and fourteen grandchildren with numerous great grandchildren along with several great great grandchildren, and one sister, Pat (Merlin) Eller of Hubbard, Iowa. Mrs. Alberta was predeceased by her husband Bob (R.C) Allen, a son Steve Allen, and three sisters. Mrs. Alberta worked at the telephone company in Colorado and in California then worked doing bookkeeping and accounting jobs in California and Maryland after moving to Maryland in 1970. Mrs. Alberta always loved music and belonged to choral groups wherever she lived. She joined the Arundelair Chorus of Sweet Adelines in 1971 and sang with them for 19 years. During this time, Mrs. Alberta along with the group won first place regionally in 1976 and got to go to London, England in 1977 for an international competition. While in London, England, Mrs. Alberta got to sing on the Royal Albert Stage. Mrs. Alberta loved playing golf with different groups for fun. Berta and Pop loved to dance and belonged to Granite Baptist Church. A funeral service will be held on Monday, January 13, 2020 at 11:00 A.M. in the chapel of Mountain View Funeral Home. Visitation will be held an hour prior to the funeral starting at 10:00 A.M. in the chapel. Burial will follow at Old Bethlehem Cemetery in Pickens. Mountain View Funeral Home is serving the Allen Family.

The family of Alberta J Allen created this Life Tributes page to make it easy to share your memories.

Send flowers to the Allen family.