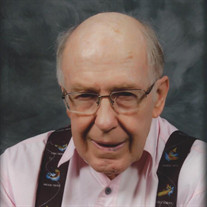 Dr. Chester “Chet” Frank Palmer Died: Feb 24, 2022, peacefully at home in Clemson, SC Born: Mar 26, 1939 in Joliet, IL, to Marion Brown Palmer and Ardeth Mae (Pemble) Palmer Chet attended the elementary one room Offerman School in Joilet Twp/Will County IL, graduated from Joliet Twp H.S. in 1957, and attended Joliet Junior College for 3 yrs. After receiving the degree of DVM in 1964 from the University of Illinois, College of Veterinary Medicine, he established and maintained a mixed animal practice in Malta IL for 35 years. As a teenager he was active in 4-H and in his youth group at Willow Ave Presbyterian Church where he also sang in the choir. In high school he sang baritone with the Madrigal group and A Cappella Choir. After establishing his home and business in DeKalb County (IL), he served 3 terms as ruling elder at Westminster Presbyterian Church, and was active for 47 years as a member of the Malta Lions Club where he held various offices. He also served his profession on both the Northern Illinois Veterinary and Illinois State Veterinary boards. He was elected and served 16 years on the Malta Twp School Board, 8 years as president. For 27 years he was on the Resource Bank board of directors, and for a time represented Malta Twp on the board of the DeKalb County Community Foundation. Married in 1963, he is survived by his wife, Janet Sifferd Palmer; children, Paige Lott of Gilbert AZ, Elise (Guido) Schnabel of Clemson SC, and Fred (Kristin) Palmer of Grand Prairie TX; grandchildren, Austin (Rebeka) Buehler, Dylan Buehler, Nolen and Anna Schnabel; great-grandchildren, Ashton and Henry Buehler; brother Kenneth (Mary) Palmer of East Peoria IL and sister, Sandra (James) Alaimo of Joliet IL, as well as several nieces and nephews. He was preceded in death by his parents and an infant sister. Known by his friends for his love of singing and fishing and his ability to write verse, he will be remembered as an easy-going, even-tempered, hard worker with a generous spirit. Memorial gifts to the Parkinson’s Foundation or American Cancer Society would be appreciated. Two separate memorial services will be held to honor the life of Dr. Palmer. The first memorial service will be held on Saturday, March 26, 2022 at 2:00 PM in the chapel of Seneca Presbyterian Church, 115 W. South 1st St, Seneca, SC 29678. The second memorial service will be held on Sunday, April 10, 2022 at 2:00 PM in the chapel of Westminster Presbyterian Church, 830 N Annie Glidden Rd, DeKalb, IL 60115. Mountain View Funerals and Cremations – Pickens Chapel is serving the Palmer family.

The family of Dr. Chester "Chet" Frank Palmer created this Life Tributes page to make it easy to share your memories.

Send flowers to the Palmer family.