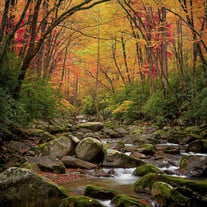 Donnie Nelson Ballew February 21, 1970 - December 14, 2021 Donnie Nelson Ballew, 51, of 2502 Table Rock Rd, Pickens, SC, died on Tuesday, December the 14th at his home. A lifelong resident of Pickens County, Donnie "Blue" was the son of the late Thomas "Danny" White and Martha "Trudy" White. Blue was an avid fisherman and would often pass on a day of work to instead be on the water somewhere. He loved to hunt, and his continuous goal was one of trying to find himself in a deer stand somewhere as often as possible. He was a simple man that loved with a full heart and would not hesitate to give you the last thing to his name. His life was short, and he will be missed. Blue is survived by Aunt Glenda Cantrell and Uncle Earl Collins, as well as his significant other, Donna Chapman who loved him dearly and was inseparable from him for the last 15 years. Blue is predeceased by his parents, Danny and Trudy White; his brother, Billy Ballew; his uncles, Donnie, Frankie, and Bimbo; his aunts, Shirley and Linda; and his cousins, Ben, Michael, Mickey, CJ, and Christina. Mountain View Funeral Home is serving the Ballew family.

The family of Donnie Nelson Ballew created this Life Tributes page to make it easy to share your memories.

Send flowers to the Ballew family.