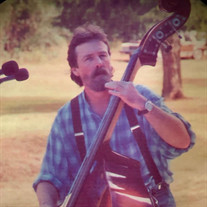 Elbert “Bert” Bowers LaBoon Pickens, South Carolina Elbert “Bert” Bowers LaBoon, 64, loving husband of 40 years to Anne Case LaBoon, passed from this life October 7, 2020, at his home surrounded by his loving family. Born April 5, 1956 to the late Elbert “Boonie” Bowers LaBoon, Sr. and Frances Sue Greer LaBoon in Newberry, SC. A graduate of Easley High School, Class of 1974, Bert attended Tri-County Tech, Spartanburg Methodist College, The University of South Carolina, Furman University, and Greenville Technical College. Mr. LaBoon was owner and president of Foothills Flora and had his South Carolina Certification in horticulture, landscape, and design. He also had an apprenticeship as a master carpenter, building their home in 1982. He was the Co-founder of Foothills Museum of the American Indian, as well as the Co-founder of Bordercross Christian Fellowship. Bert was a member of “The Fiddler’s Three” with the late Ed Bolt and late J.C. Owens. For many years, they played music at Hagood Mill and other state and local events. He was also a member of Mt. Tabor Baptist Church in Easley, SC. He loved music, gardening, woodworking, reading, and writing. Bert is survived by his loving wife Anne, a wonderful son, Joshua Keith LaBoon of Pickens; a precious granddaughter, Bryce Cameron LaBoon; brothers, David Benjamin LaBoon (Missy) of Easley and Amos Michael Smith of Easley. In addition to his parents, Mr. LaBoon was predeceased by his paternal grandparents, Ben LaBoon and Louella Bowers Parkins; maternal grandparents, Lloyd and Estelle Greer; a brother, Stephen Allen LaBoon; a sister, Frances Diane Smith Bradley. In lieu of flowers memorial donations may be made to the Hagood Mill Foundation in Bert’s memory. Please make checks payable to the Hagood Mill Foundation and send them to: PO Box 98, Pickens, SC 29671. Please note on the check that the donation is in memory of Bert LaBoon. Donations can also be delivered in person at Hagood Mill, 138 Hagood Mill Rd, Pickens, SC, 29671. The family will be at the home. To respect Bert’s wishes, there will not be a public visitation or memorial. The family will hold a private celebration at a later date. “Trust in the Lord with all thine heart; and lean not unto thine own understanding. In all thy ways acknowledge him, and he shall direct thy paths.” – Proverbs 3:5-6 Mountain View Funeral Home is serving the LaBoon family.

The family of Elbert "Bert" Bowers LaBoon created this Life Tributes page to make it easy to share your memories.

Send flowers to the LaBoon family.