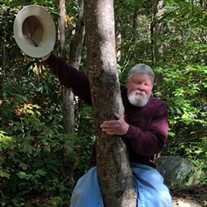 Frank Porter Pickens, South Carolina Frank Porter, 83, husband of 57 years to Elizabeth Rampey Porter, passed away from this life on Monday January 31, 2022, at his residence. A native of Pickens, Frank was born on October 9, 1938, to the late Zero Thomas Porter and Bessie Thelma Powell Porter. Frank was a graduate of Pickens High School. He attended Clemson University and later graduated from Limestone College with a degree in business. Mr. Porter also served in the United States Air Force in military intelligence as a Russian Linguist for 4 years. Following his honorable discharge, Frank began his career in manufacturing as a logistics planner at Ryobi where he worked many years before retiring as the manager of the Ryobi credit union. After his retirement Mr. Porter became co-owner of The Rock House at Aunt Sue’s. Some of Frank’s hobbies included most importantly being a disciple of Jesus, gardening, genealogy, geology, language studies, bibliophile, audiophile, hiking, and volunteering at The Literacy Association and Hagood Mill. Mr. Porter also served for many years on the POSAM Board of Young Appalachian Musicians (YAMS). Frank was a lifelong member of Porters Chapel United Methodist Church. In addition to his loving wife Elizabeth Porter, survivors include his children; Brian Keith Porter of Pickens, and Tara Elizabeth Porter (Ed Peterman) of Pickens, his cat McDuffie, several nieces and nephews, along with many, many friends. Mr. Porter was predeceased by his parents, and his sister Carol Tennyson of Virginia. A Celebration of Mr. Porter’s life will be held at 2:00 PM on Saturday, February 26, 2022 at Porter's Chapel United Methodist Church. In lieu of flowers, memorial donations in honor of Mr. Porter may be made to Porter's Chapel United Methodist Church, 152 E. Preston McDaniel Road, Pickens, SC 29671. Mountain View Funeral Home is serving the Porter Family.

Frank Porter Pickens, South Carolina Frank Porter, 83, husband of 57 years to Elizabeth Rampey Porter, passed away from this life on Monday January 31, 2022, at his residence. A native of Pickens, Frank was born on October 9, 1938, to the... View Obituary & Service Information

The family of Frank Porter created this Life Tributes page to make it easy to share your memories.

Send flowers to the Porter family.