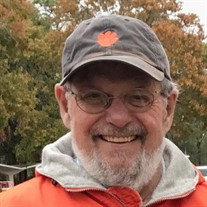 Henry Ronald “Snake” Lowery Six Mile, South Carolina Henry Ronald “Snake” Lowery of Six Mile, SC passed away peacefully on January 15, 2022 at the age of 79. He was predeceased by his mother and father, Preston Brooks and Ethel Harter Lowery, sisters Shirley Marlene Lowery, Hilda Williams Sims, brother Preston Dewey Lowery and twin brother William Donald Lowery. He is survived by his wife, Patsy Ridlehoover Lowery, sons Preston Glenn Lowery and Zachary Chaz Powell, daughters Nova Schukowsky Hudson and Jesse Brooke Lowery, grandchildren Wilder Alice Hudson, Brooke Angela Lowery and Bryce Glenn Lowery. Born and raised in Ninety Six, SC, Henry played football at Ninety Six High School alongside his twin brother, Don, where he received the nickname “Snake” and it stuck throughout his entire life. He attended Clemson University and left in 1961 to train as the first group of nuclear operators for Duke Power at the Oconee Nuclear Station, where he achieved immeasurable success for 40 years. Although most wouldn’t be defined by their careers, Snake absolutely wore it like a badge of honor. He had an enormous impact on many lives in his time there. His love for Clemson football knew no bounds, never missing a game, making the most memorable times with family and friends. Always looking for an epic trip, he drove his RV all over, showing his family the wonders of the country. A great storyteller with a big personality, he left an impression on everyone he met. To say Snake was one of a kind is an understatement. He loved his family to no end, was endlessly telling jokes and teaching lessons, and embodied all that a great husband, father and friend could be. He will surely be missed, but his legendary personality and one-liners, aka “Snakeisms” will live on forever. A celebration of life will be announced at a later date. Mountain View Funeral Home - Pickens Chapel is serving the Lowery family.

The family of Henry Ronald "Snake" Lowery created this Life Tributes page to make it easy to share your memories.

Send flowers to the Lowery family.