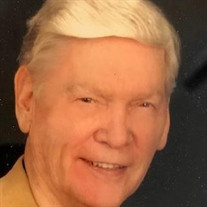 Louie S. Swift Six Mile, South Carolina Louie S. Swift, 88, husband of Susan E. Green Swift, passed from this life Saturday, February 2, 2019 at his home Louie Swift, a resident of Nashville, TN for 86 years and spent his last 2 years in Six Mile, SC. He was a Graduate of... George Peabody College, Nashville, TN Vanderbilt Medical University, Nashville, TN Middle Tennessee University, Murfreesboro, TN Louie spent 50 years of his life as a writer of adult's and children's poetry, children's songs, as well as a gospel music songwriter. He was well known as a Nashville Record Producer and Music Manufacturer throughout the United States and other various countries. Hard work, Prestige and Determination, characterized this strong man, which allowed Louie to be successful, in everything that he did. He had a strong relationship with God, Jesus and The Holy Ghost and his life and ministry reflected this and a love for his wife that cannot be described. Louie is survived by his loving wife of 30 years Susan, and his dearest friends Possum, Pig and Root- N-Toot. Brothers Ben Swift and John Newson Louie is predeceased by his parents Milton and Frances Swift. A funeral service will be held 11 am Tuesday, February 5, 2019 at Cedar Hill Holiness Church in Six Mile, South Carolina officiated by Earl Rice, Bobby Bridges, Steve Stewart, Sandy Green, Johnny Boggs and Greg Smith. One of his famous proverbs that he wrote is...When a person wishes to be successful in life, there must be a well defined purpose in mind for goals to be reached. First of all, it must be remembered that, "The Sweetness Of Life, Comes, From Living It With Pure Intentions." Mountain View Funeral Home is serving the Swift family.

The family of Louie S. Swift created this Life Tributes page to make it easy to share your memories.

Send flowers to the Swift family.