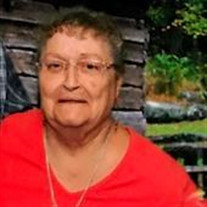 Six Mile—Martha Rachel Harris passed away Wednesday, September 13, 2017 at AnMed Health Medical Center. Rachel was born on January 4, 1942 in Cateechee, South Carolina. She met and married Shuratt Harris of Lavonia, Georgia in 1963. Together they raised three children and had been married 54 years. Two of Rachel’s favorite pastimes were sewing and making jerky. She was a wonderful seamstress and continued to sew up until her passing. She was even better at making jerky. Rachel always had a bag of jerky on hand, ready and willing to send it home with family and friends alike. Rachel was blessed with nine grandchildren and loved spending time with and keeping in touch with family and loved ones. Preceding her in death is her parents, Bluford and Shirley Moore, as well as a sister, Mary Kahler, and a brother, Horace Moore. Rachel is survived by her husband, Shuratt Harris; three children, Wes (Cindy) Harris, Cherie (Mark) Littlejohn, and Marty (Debbie) Harris; seven grandchildren, Jeffrey Harris, Nikki (Ben) Stewart, Drew Harris, Addie Littlejohn, Brett Harris, Gracie Littlejohn, and Ryan Harris; and two step-grandchildren, Wes (Lindsey) Hiott and Josh Hiott. She is also survived by four brothers and sisters, Jeanette Stephens, Sandra (Charles) Stancil, Garland (Linda) Moore, and Dan (Regina) Moore; and many nieces, nephews, great-nieces, and great-nephews, who she loved dearly. A family graveside service will be held at Hillcrest Cemetery. Mountain View Funerals and Cremations is assisting with arrangements. Those who so desire may make donations in memory of Rachel to a charity of their choice.

The family of Rachel Harris created this Life Tributes page to make it easy to share your memories.

Send flowers to the Harris family.