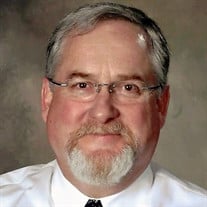 Richard Olen Hudgins Richard Olen Hudgins, age 66, resident of Salem, SC, passed away on September 28, 2019. Services will be held at Pickens Presbyterian Church on Saturday, 10/12/19 at 2pm. In lieu of flowers, memorials may be given to Pickens Presbyterian Church Child Development Center, Pickens, SC, Keowee Fire Department, Salem, SC, or the American Cancer Society. Richard was born on February 15, 1953 in Macon, GA to Rosamond Etheredge Hudgins and Robert Richard Hudgins. A 1971 graduate of Lanier High School, Richard was active in ROTC. He graduated with the rank of Cadet Captain and was the Commander of the Silver Rifles drill team his senior year. He earned his BA degree in Religion in 1975 from Presbyterian College, Clinton, SC where he was a member of Theta Chi Fraternity. After graduation, Richard returned to Macon for a short time where he met Lesley Prinz and quickly fell in love. Richard and Lesley married at Mount Vernon Presbyterian Church in Atlanta, GA on November 1, 1980. They moved to Albany and Richard began working with first aid medical supply companies. Over the next 17 years he traveled and supplied many large companies with all their inhouse first aid supplies, making friends everywhere he went. After moving to Atlanta in 1982, Richard and Lesley rejoiced in the birth of Christopher John on November 4, 1987. Richard was the Dad who was always there – as baseball coach and supporter, boy scout parent and leader with church youth activities. After leaving medical sales he worked for several years in customer service with NCR and Lab Corp. In 2006, they moved to South Carolina by Lake Keowee and Richard spent the next 13 years with School District of Oconee County doing work he loved – supporting youth who were struggling in school and life. He was well loved by many students who often acknowledged his fierce care and concern for much more than just their schoolwork. He is survived by his wife Lesley, son Chris, soon-to-be daughter-in-law Chelsea and granddaughter Chloe, brother Michael David Hudgins, sister Rebekah Hudgins (Greg Brough), nephews, Walker and Reuben, and sister-in-law Laurel Prinz Matthews (Terry), nephews Ryan and Sean. He was preceded in death by his parents and his dear sister-in-law Jamie Lynn Horn Hudgins. Richard devoted his life to his family, his church and his work with youth. He was the first youth representative to the Presbyterian General Assembly in 1971 from the Augusta Macon Presbytery. He served as a Deacon at First Presbyterian Church, Albany, GA, as an Ordained Elder at Mount Vernon Presbyterian, Atlanta, GA and as Clerk of Session at Seneca Presbyterian, Seneca, SC. Richard had a tender, loving heart and was always available for a conversation and words of encouragement with his little sister, big brother and extended family. He was the Hudgins family historian and genealogy researcher. Richard enjoyed time on the lake in his boat, spending a quiet day in his favorite chair with a good book often reading about the civil war, watching Atlanta Braves baseball or Clemson football, and enjoying good food and music. The world is a better place because of his presence and his kind and caring spirit. He will be deeply missed and never forgotten.

Richard Olen Hudgins Richard Olen Hudgins, age 66, resident of Salem, SC, passed away on September 28, 2019. Services will be held at Pickens Presbyterian Church on Saturday, 10/12/19 at 2pm. In lieu of flowers, memorials may be given to... View Obituary & Service Information

The family of Richard Olen Hudgins created this Life Tributes page to make it easy to share your memories.

Send flowers to the Hudgins family.